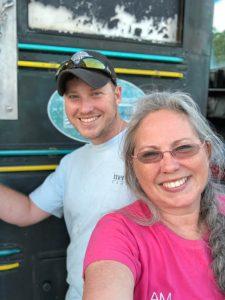 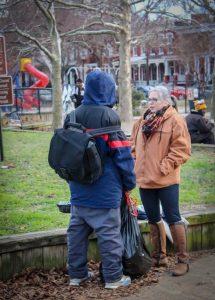 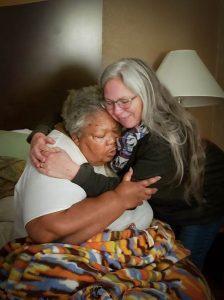 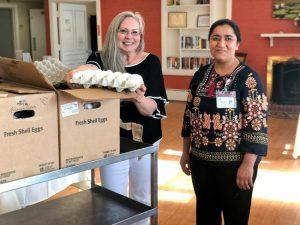 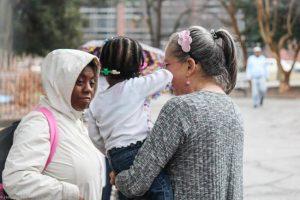 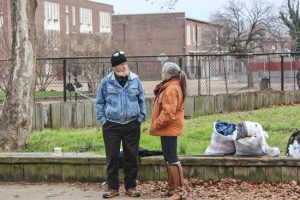 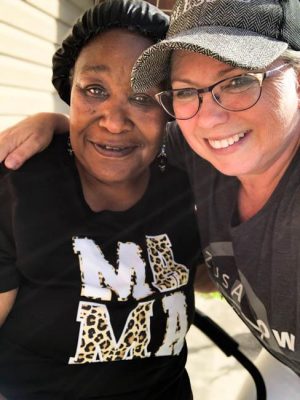 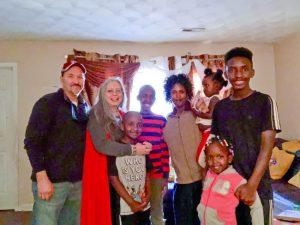 Missions and helping people in need have always been apart of who I am… from the very young age of eight, beginning while attending an AWANA program in Newport News, Virginia. A missionary showed pictures of starving, dehydrated children from Africa. Those images were seared into my mind, imprinting in my heart a permanent desire to help them.

In fact, I wrote in my Bible, in my little-girl curlicue handwriting, the great commission “I want to go to Africa and tell the people how much Jesus loves them. Someday I will.“

This desire to do whatever I could to help people in need never left me.

My First Experience With Homelessness

My husband and I started Helping The Homeless Ministry in 2010, after initiating a coat drive. It was in association with a business I ran at that time. We had well over 250 coats, hats, and gloves donated.

However, we only had four individuals come to receive the coats.

A friend helping with the coat drive suggested we take the coats to downtown Richmond and distribute them to homeless people. We agreed, and drove there in a caravan.  Snow began to flurry.

On arrival, we saw no one at the suggested destination. I questioned this and was told “Don’t worry, as soon as the bags of coats get put on the sidewalk, people will start coming out of the woodwork.”

People appeared from all directions, heading straight toward us despite the snow. One tall, slender lady in particular caught my attention. As others were quickly grabbing a coat, putting it on and walking away, she was going from bag the bag, very deliberately looking for something she wasn’t finding.

I initiated a conversation, offering to help her. In fact, I found a brand new coat with the price tag still on that appeared to be her size, and offered it to her. She simply shook her head no and continued looking in the bags.

I finally asked what she was looking for. She replied “I’m looking for a blanket.”

After explaining to her we had only coats, no blankets, I offered to check my vehicle in the off chance I might have one. I actually did — however, it was dirty, smelled like my Chihuahua dogs, and had several little holes in it from where the dogs chewed on it.

However, she reached out and touched it and put it up against her face and her entire countenance changed. She said “May I please have it?” I said “Sure, if you want it.”

She wrapped her self in the blanket and wobbled over to the curb. There she laid down, closing her eyes, and as she did so the flurries started settling on top of the blanket.

I quickly went to her side and leaned over her, and said “Excuse me! Ma’am, you can’t stay out here! It’s freezing cold! It’s snowing! You can’t sleep here!” She told me to leave her alone and go away. All she wanted was the blanket.  She refused the offer of a motel room.

Leaving her there was hard for me to do. Climbing into a heated van, driving the hour and 15 minutes back to our home, and climbing into a warm bed in a heated house, all I could do was cry and think of her out there in the cold.

This was my introduction to homelessness.
Helping The Homeless ministry was born.

“Go ye into all the world…”

In 2012 I attended AFCM Empower Bible School full-time, graduating in 2016. I was ordained through AFCM, and began pastoring the online and mobile Restoration Church. We now have people from 17 states and nine countries who join our online church services.

I got connected with the Joyce Meyers Ministries, and was able to finally go to several countries in Africa, fulfilling a lifelong dream of being a missionary.

This time also saw the birth of Iamjesusgal Ministries. This is an international ministry that helps pastors, personally known by my husband and I, to establish businesses and help soccer evangelistic ministries become self-sustaining, ‘independently dependent on Jesus’.

In total we have made trips to nine different countries including Guatemala, South Africa, and Uganda, but we focus primarily on Kigali, Rwanda, and Dar Es Salaam, Tanzania.

We made a list of things we felt we needed to grow successfully in our ministry, including a mobile food bus, ministry truck and trailer, and a large facility from which to operate.

Over time, the Lord has graciously permitted each of these items on our list to come to fruition. The ministries continued to grow and become more and more time-consuming. After much prayer, I gave up my paying day job, sold my business, and went full-time in ministry December 2018.

Our mobile food bus currently goes to five different Virginia counties every month, distributing a free hot meal, a dessert, a beverage, a breakfast bag full of seven to eight items, and non-perishable groceries for each family and person represented that comes for help. In 2020 we provided approximately 20,000 meals.

We’ve also assisted many homeless people out of homelessness into work and independent living in lifestyles. In 2020 we also were successful in leading 97 souls to Christ!